UI and UX are like a yin and yang in the domain of web application. 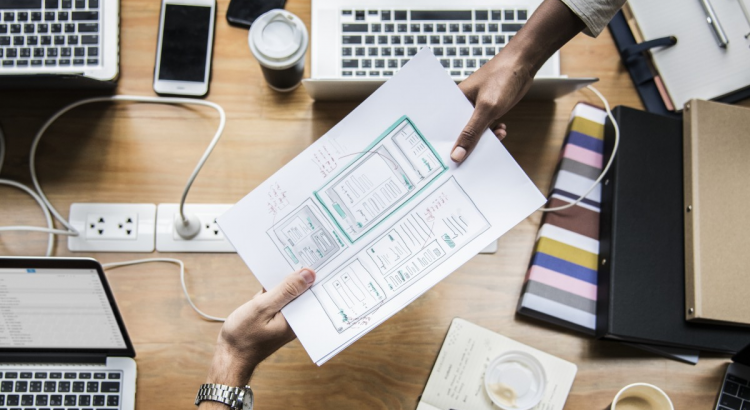 User Interface (UI) and user experience (UX) are so closely associated that people presume they are the same. But every web development services admit UI/UX plays a pivotal role in determining the success or failure of a website. UI, which sometimes coined as the visual design, is directly related to the visual aspect, while UX is associated with user experience and feeling while they browse on the website or app. Even web application professionals disagree on which part falls to UI and which belongs to UX.UI and UX is like a yin and yang in the domain of web application.

The glitch makes the difference.

A new app was launched to identify bird chips. When you open it, you find a never-ending drop-down menu of states. Following it, you find a long list of birds likely to inhabit the state. The steps are seamless with crystal clear recording of bird chips, supplemented with more information by pressing a button. When you are in the drawing-room, the app seems to be pretty useful. Now you want to apply the app in the wood; you hear a bird chipping; you take out your mobile and open the app. The same long list of the drop-down menu of states appears. The previous setting was not saved. The glitch makes the variation. While tracking a bird a few seconds make the difference, selecting your native state makes all the difference.

You have downloaded the app, opened it many times, which certainly gives it an edge over the competitors. But the experience you have is not desirable. User experience (UX) is crucial for the usefulness or failure of the app. An app that does not give the desired experience is often trashed out. Designing the app`s user interface (UI) is crucial to provide the best possible user experience, which is vital to surviving in the competitive world of a web application. Better not to invest in an app that gives a poor UI/UX experience. Hire a proficient web developer to give the desired result to end-users. They have a deeper understanding of the UI/UX technology to provide a seamless user experience to customers.

UI is the contact point and UX is the experience derived from it.

UI and UX are vital components of web designing, sometimes interchanged, but they are not the same. Both are closely associated, and an experienced web designer understands the essence of both to deliver a high-quality app or website. UI or user interface is the part of the technology with which the user interacts. It covers the screen web layout, buttons, icons, sounds, navigation, and drop-down menus, almost everything the user interacts with. This technology covers every aspect the visitors see, use or touches in a mobile app. It is a human-software contact point and communication, whether through a handheld device or web page.

It appears UI is more like an art than science or, best, an influx of both. The software must be engineered to function smoothly behind the app or webpage. UI is the contact point, and UX is the experience derived from it.